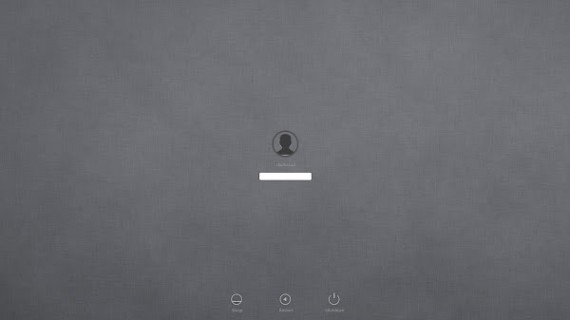 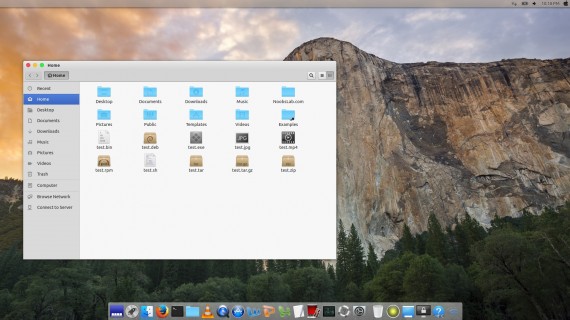 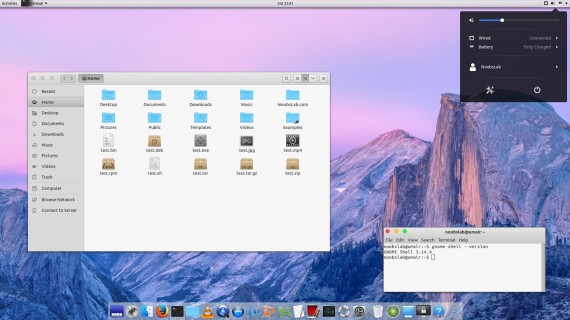 Enter these commands in terminal to get themes, icons and cursors.

To Uninstall themes, icons and cursors 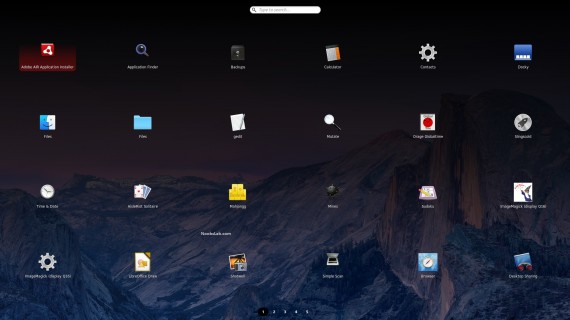 To install Slingscold Launcher (Launchpad) in Ubuntu/Linux Mint open Terminal (Press Ctrl+Alt+T) and copy the following commands in the Terminal:

After installation of docky, go to /usr/share/applications/ directory and drag + drop the slingscold icon on docky.

Mutate alternative to OS-X spotlight created by Wei Qiang, it offers pretty much same features like Spotlight or maybe better than Spotlight. It is a selection-based search system, which creates an index of all items and files on the system. It is designed to allow the user to quickly locate a wide variety of items on the computer, including documents, pictures, music, applications, and System Preferences. It also can run some Linux terminal commands, open URLs in web browser, translate from one language to other, and also allows you to shutdown/logout/restart computer. For more details check this post.

After installation you can open Mutate from Menu/Dash, use CTRL+D as shortcut to activate mutate.

Docky is best choice for this pack, it is lightweight and we are providing this pack themes for docky.

First of all install docky with following command then install Mac theme for docky: 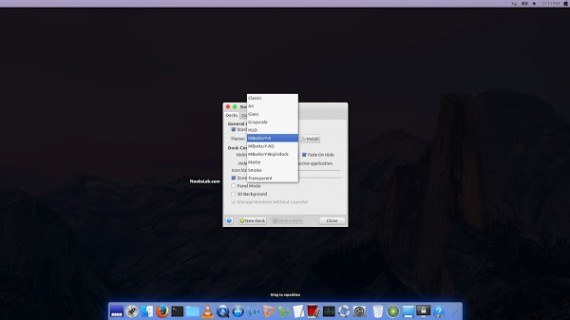 Tip: To pin application to dock just open Application and right click on app icon then select ‘Pin to dock’.

This time I made things easy for Unity desktop, you can simply run the following script to set everything automatically. Further if you want you can change your settings.
Enter following commands (Run these commands two times):

To Revert back to default settings, enter following commands:

7: Replace ‘Ubuntu Desktop’ text with ‘Mac’ on the Panel

Revert back to ‘Ubuntu Desktop’ text, enter following commands in the Terminal:

If you want back Ubuntu logo enter following commands in terminal:

You can use these popular tools to change themes and icons in Ubuntu, Also you can change other settings from these tweak tools. You can also install Ubuntu Tweak.

Human icons are default in LibreOffice which kind of look weird with this transformation pack, to make LibreOffice more elegant with monochrome icons follow these instructions. 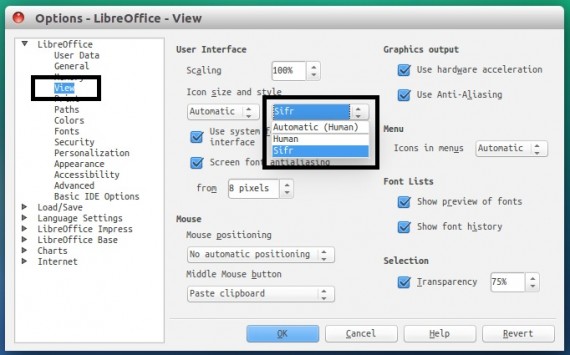 Last time I received request about Mac fonts, so this time I am including them with this pack. So here are fonts for you. 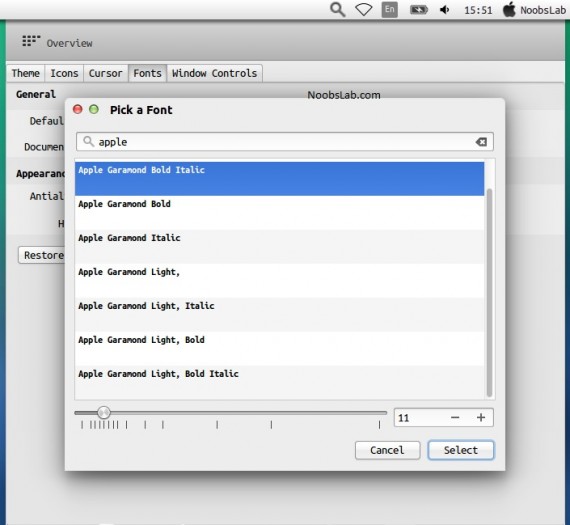 You can change fonts from Unity-Tweak-Tool, Gnome-Tweak-Tool or Ubuntu Tweak

Warning: Use this feature on your own risk, last time we received a lot feedback that it is making our system unusable. Please don’t report any blank screen (If happens) issue after installing it. BTW it works just fine for me, I can’t guarantee you that it will work for you. You have been warned.

If you want to revert back, You can get back LightDM default look:
Enter following command to remove LightDM theme:

After removal reboot your PC.
That’s it